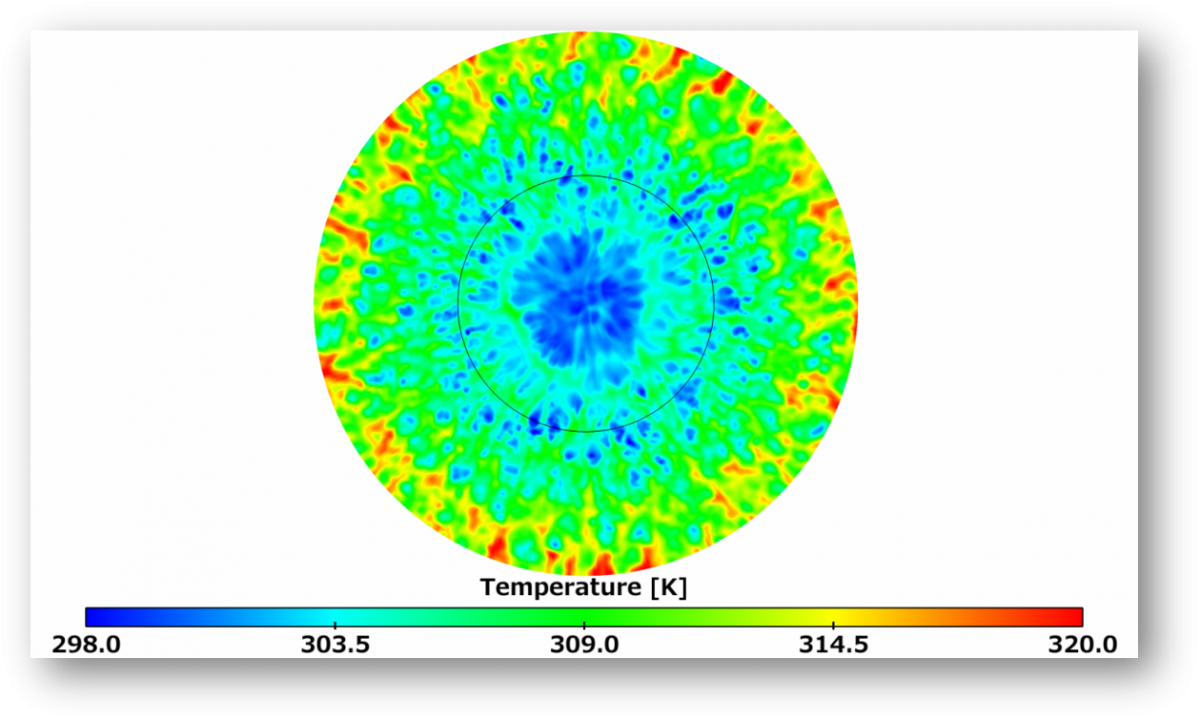 Large Eddy Simulation (LES) is one of the most promising methods for computing industry-relevant turbulent flows. It is used to predict unsteady flow behaviors with lower computational cost as compared to Direct Numerical Simulation (DNS).

The essential idea of LES dates back to Joseph Smagorinsky (1963) in meteorology and to James W. Deardorff (1970) in engineering.

What is Large Eddy Simulation?

Professor Parviz Moin of Stanford University briefly explains what LES is in his interview. I’m surprised that he received his Masters and Ph.D. degrees in Mathematics and Mechanical Engineering from Stanford in the same year (1978)!

The verification of LES simulations is difficult because both the error induced by the SGS model and the numerical discretization error are dependent on the grid resolution. In the following presentation (37:40-42:06), he introduces one method using explicit filtering to distinguish the errors [6]:

If the grid-independent solution of the explicit filtered LES equations fails to accurately predict the filtered DNS flow field, its failure can be solely attributed to the capability of the subgrid stress model employed.

LES can be classified in terms of the following points as shown in Fig. 1:

The nearly universal approach is to simply write down the filtered Navier-Stokes equations together with an assumed model for the subgrid-scale stresses and then apply the desired spatial discretization to this “filtered” system. Although it is rarely mentioned, what one is doing by adopting this procedure is to imagine that the finite support of the computational mesh together with the low-pass characteristics of the discrete differentiating operators act as an effective filter. One then directly associates the computed velocity field with the filtered velocity. This procedure will be referred to as implicit filtering since an explicit filtering operation never appears in the solution procedure.

The explicit filtering methodology aims to damp the error-prone length scales smaller than the filter width that can be generated by the nonlinear convective term. In the case of the implicit filtering, we hope that this error has little effect on the resolved scales.

For the dynamic SGS models, the spatial averaging operations of the coefficients are often performed to stabilize the calculation. The homogeneousDynSmagorinsky model that had been implemented in older versions takes the average of the coefficient in the whole computational domain.

Calculation of filter width in OpenFOAM

The method for calculating the filter width \(\Delta\) is specified in the turbulenceProperties file. The available options in OpenFOAM are as follows:

The choice of the computational grid size has sensible impact on the quality of the LES simulations and there are several techniques to assess the grid resolution in the LES computations [4].

More from my site

CFD engineer in Japan View all posts by fumiya

This site uses Akismet to reduce spam. Learn how your comment data is processed.